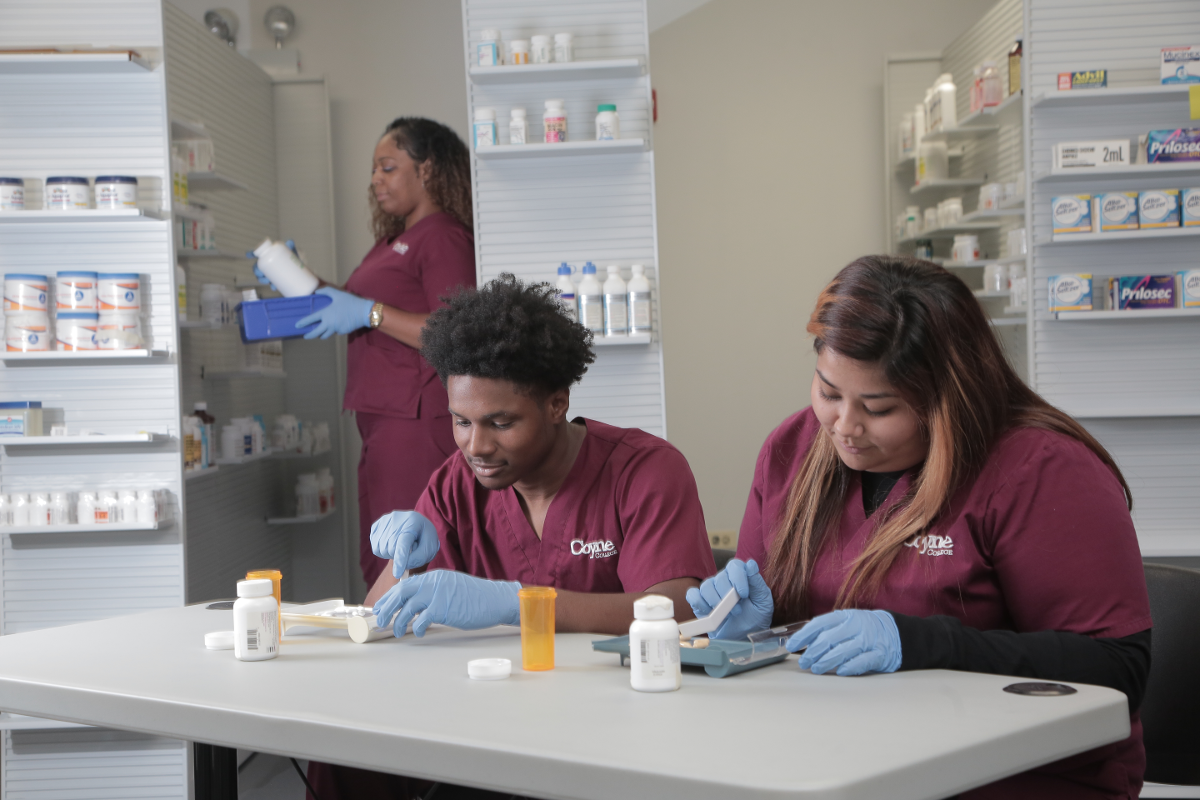 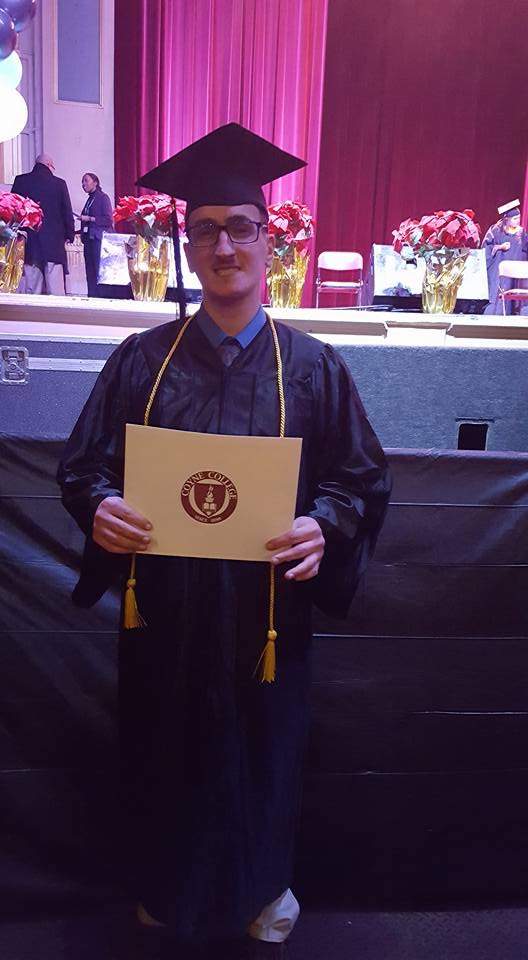 Salvatore Vazzano graduated from Coyne College in December 2016, completing the Pharmacy Technician program in just one year. Salvatore’s main motivation is something many people can relate to – he wanted to get away from the job he had. “I wanted to do something different, and pharmacy tech is growing.” His choice to continue his education at Coyne College was pretty straightforward, in his mind. “I found Coyne through advertisements. I heard a lot about them, so I thought maybe that would be a good choice to check out. I called them and met with an admissions rep the next day.”

When Salvatore graduated from high school, he chose to focus just on work, with a desire to make money to support himself. He was employed with Pizza Hut for about 10 years. He started off as a dishwasher, did some cooking, became a team member and then was eventually promoted to manager. Although work was his main focus, at some point Salvatore did make an attempt at furthering his education. He enrolled at a local community college, completed his placement tests and went through the orientation. However, as Salvatore described it, “the process was very frustrating. I just left there and was like, ‘You know what, (if) you’re not going to help me now, how is it going to be later on when I need help?’ And I couldn’t afford it without financial aid.”

It was around this time that reality hit and everything was truly put into perspective. Salvatore was diagnosed with cancer at the young age of 24. Everything he was used to, everything he was focused on, got turned upside down. School and work were put on hold. He took this time to do everything he could to get better and be with his family. Admirably, when he did start feeling better, he went back to work in search of some normalcy. However, he decided to go back to a team member position, because he realized working as a manager was too stressful, both mentally and physically. This is when the biggest epitome of all hit hard. “Having cancer motivated me to do more. I thought, ‘What am I doing? You’re better than what you’re doing right now.’ So I started up with school to push myself. I wanted a change.”

When Salvatore decided it was a time for change was when he found Coyne. As he explained, “I told myself, ‘I am going to try one more time for school,’ and it worked.” Thankfully, Salvatore has been in remission for about a year and half now and is thriving. In regard to his experience at Coyne, Salvatore could not say enough good things. “The moment I walked into the door, the admissions rep was incredible. She went through everything in detail from start to finish. It blew me away how much she helped me out. We got everything knocked out the first day there, especially with financial aid.” The sentiment remained the same throughout the entire program. “The instructors were very helpful. They pushed you to succeed and told you what you needed to do. It was that simple. If you don’t pass, it’s on you. They give you everything you need.”

Salvatore is a true inspiration. He went from a frightening battle with cancer to excelling in his education in multiple ways. According to Salvatore, his mentality was, “Tell me what I need to do and I’ll do it.” He put in every bit of effort he could to succeed. Pride filled his voice as he explained, “I had perfect attendance the entire program. They gave me a certificate at the end for not missing any class. I was never late, either; I was always early for class. And I finished with a 3.94 GPA.” Hard work, commitment, dedication – it all pays off.

Upon graduation, Salvatore obtained a position at Walgreens as a pharmacy technician. The process was as simple as this: Salvatore was wrapping up his externship and asked the pharmacy manager if they were hiring, which they were. He went to an interview the following day and got the position. After his externship ended, he started the full-time position the very next day. His current responsibilities include handling insurance claims, collaborating with doctors and nurses to authorize refills, calling insurance companies for verification overrides, working in the billing station, taking care of expense orders and whatever else the pharmacist may task him with. Salvatore loves his new job and is excited that there is room for growth. “I can always go back to school to be a pharmacist. That’s what I plan to do. The job is never going to go away. There will always be a need for pharmacists. I’ll have a job I like for life.” His absolute favorite aspects of the field are “job security, and I like helping people, too. That’s the main thing.”

Salvatore’s happiness is at an all-time high. “Before, I was unmotivated because of where I was working. It was a dead end; I didn’t know what to do. I was applying to other jobs, (but) no one was hiring and no one was calling. Now that I’m graduated and working, I’m happy where I am. I met a lot of great people as far as classmates, instructors and now co-workers.” His general quality of life has significantly increased as well. Prior to Coyne, he was working nights from about 5 pm-1 am. As he explained, “I hated it. I would be at the bus stop at 1 AM, which is not fun when you have school the next day. I’d have to be up early and get three to four hours of sleep.”

To illustrate how exactly he was able to manage it all and achieve success both in his education and professionally, Salvatore explained, “Be on time, pay attention. Do exactly what the instructors tell you to do. They know exactly what you need to do to get where you need to be.” His Coyne College experience made an impact on him mentally and emotionally, as well. “Without these people in my life, I wouldn’t have changed as much as I have.”