What do a Chicago L train and YouTube have in common? They both inspired Eric Rosales to do an about-face and change careers, going from finance to HVAC. It also meant taking a big risk by quitting his full-time job to attend Coyne College as a full-time student.
“One day I had this epiphany. I was just tired of the same old thing. Same train. Same routine,” he says. As he got off the train, he saw his reflection in the window. “I asked myself, what is it I want to do next?” Rosales had studied business administration at another school and briefly worked in the music business. Something was missing.

That same week, his air conditioning went out at home. “I did what most people do and went to YouTube.” He was ready to fix the problem but realized he didn’t have the proper tools. Rosales called a friend who had studied HVAC at Coyne. The friend gave him lots of valuable information about Coyne’s program, but Rosales still did more research. “I watched videos of other technicians, and I felt really good about it,” he says. “I needed to pull the trigger and just do it.” 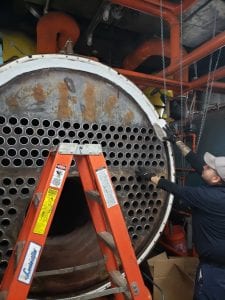 He did and graduated from Coyne College in August 2016. “I was very surprised I was able to get a job as soon as I graduated,” he says. Rosales works in the HVAC department at the Museum of Science and Industry. “A lot of the workers have been here so many years because it’s such a good position. It’s very rare to have any openings here.” He says one colleague, also a Coyne graduate, retired after 35 years. Another Coyne alum has worked at the museum for 20 years.
Rosales is in charge of maintaining and troubleshooting the museum’s automated commercial HVAC system. “What I like about this position, too, is I’m branching beyond HVAC,” he says. “I’m getting into electrical. Here they really gear you to go toward a stationary engineer license. You have to know everything. It’s the best of every world.
“Everything that I’m able to do today I’ve learned from Coyne College,” Rosales says. Although his friend’s recommendation weighed heavily on his decision to attend Coyne, he says the commercials are what led to his decision. “They’re exactly what got me. Their reputation is exactly what they say they are.” During his time at Coyne, Rosales says he was always encouraged to excel. “Most importantly, if you really want it, they’re there to help you get it.” 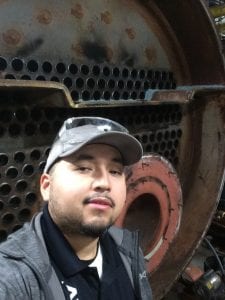 Rosales is glad he veered away from business administration and toward HVAC. “When I was looking into the field, I saw nothing but great things,” he says. “By 2020, a lot of the units are going to be obsolete, and they’ll need to be replaced. So, in a few years, HVAC is going to be booming.” What he didn’t like about business management was that “everyone” was getting into it, and he expected it to be an oversaturated field.
“What I like about this industry is that not everyone’s rushing to get into it, so it’s not oversaturated. A lot of HVAC technicians are getting older and are retiring,” he says. “This profession is open, and you’re able to learn and really move around and move up.”

If you like working with your hands, have a mechanical aptitude, and are looking for an in-demand career, consider becoming a heating, air conditioning, and refrigeration technician. The job market for HVAC technicians is very good right now. According to O*NET Online, the projected growth of HVAC jobs through 2026 is much higher than average.
Coyne College prepares you for a career in HVAC-R in less than a year. You’ll learn real-world skills and get hands-on training and individual attention from instructors who are industry professionals. Contact Coyne College for more information or to register for classes. 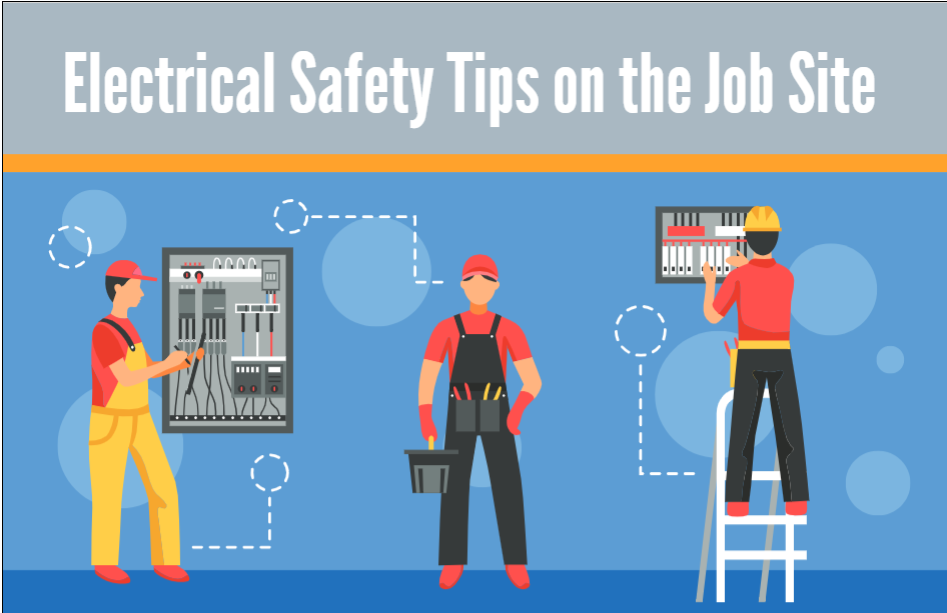 It goes without say that electricity can be incredibly dangerous, especially for electricians. Each day, they have to work around and with high voltage components. That’s why practicing proper electrical safety is important. For newbies and experienced electrical workers, here are a few tips for maintaining peak safety at electrical job sites.

These safety tips will help you avoid mishaps on the job. They also teach you these things in electrician training programs. If you’re looking for trade programs in electrical work and live in the Chicago area, Coyne College’s electrician programs are a great place to start on the way to a fulfilling career. Visit Coyne College online today at https://www.coynecollege.edu/ to learn more.

While skilled trades jobs each have their own sets of unique skills and circumstances, the process of finding a job remains the same by and large. You still have to find job postings, apply, interview, and only if you get selected do you then start working the job. Here are some tips to make it easier for you take advantage of the plentiful opportunities in trade jobs.